There are lots of web developing tools and apps available on internet which are both paid and free. With the help of such tools and apps you can save your time and give better results. In this article we have collected some best apps for web developers who are working on Mac OS X.

There are a lot of web developing apps for web developers but most of them are for windows, but if you are working on Mac OS X, then you will need different tools to do so.

Anvil is a free application that allows you to create a .dev domain. It turns up as a new icon at the OS X menu bar, where you can add your projects, create domain, and turn the service on. It’s a handy tiny OS X application for managing and developing your local websites. Koala is a tool to compile LESS, Sass, Compass, and CoffeeScript into browser-compliant format.

Apple removed the Web Sharing option from OS X System preference (from OS X Mountain Lion). This option lets you turn on and off the built-in OS X Apache Serve , where you can host your local websites under the localhost address.

If you want this back, get the Web Sharing plugin. Once installed, it adds a new pane in System Preference, where you can switch the service on and off. It also shows the PHP status and the registered VirtualHosts in the system.

Most file packages that we download are compressed either in  zip, rar, or tar format, allowing for multiple-file delivery. Even though the Mac has a built-in feature to extract these formats, it is rather limited. Keka is a free open-source OS X application for file compression and extraction. It supports the three formats above and various compression formats including 7z, Gzip, Tar, DMG,and ISO, and it can extract RAR, EXE, CAB, and PAX format as well.

MySQL could be the most popular open-source database used worldwide. There are many websites including open source projects like WordPress that rely on MySQL for storing its databases. We need a tool for managing databases in MySQL. If you are on OS X, Sequel Pro is the best option for the job.

Sequel Pro is a native OS X application, built with Cocoa, and it has a simple GUI compared to similar applications. In it, you can create, remove, export, import, filter databases, create MySQL users, as well execute MySQL query through the app. Once installed, Icons8 adds a new icon at the menu bar where you can search through its 2800 collections of icons. Then, you can place the selected icon on any application like Photoshop, Xcode, and Finder.

Dash collects Documentation for HTML5, CSS3, jQUery, Sass, LESS, and a bunch of other programming languages. You can search through their documentation, finding codes, syntax, functions, as well as code snippets, all in one place. 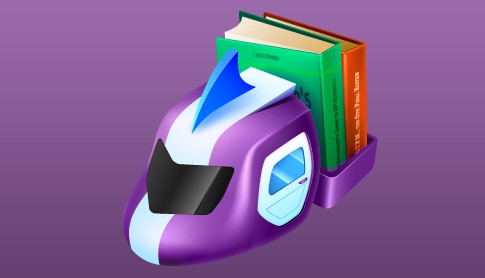 Automator has been pre-installed with OS X. This application allows you to automate tasks, for example, you can create a contextual menu for renaming files in batch, change file extensions, creating thumbnail images, and crop multiple images at once.