In the 21st century when one says about an entertainment ‘list’ comics must belong to lead attention at that ‘list’. Comics are basically an art or method to express the idea by images often include text or other visual information. Comics, an English word mean singularly as a medium and plurality as a particular instance. Cartooning and similar forms of illustration are the most common  image making means in comics. The comic strip, editorial, and gag cartoon are the most commonly used types of comics. When one says about comics majority of people figure it as in the sense of kid’s thing but they’re surprisingly wrong because nowadays it becomes the scholar’s thing that’s why here we define you about best comic apps for android phone user. 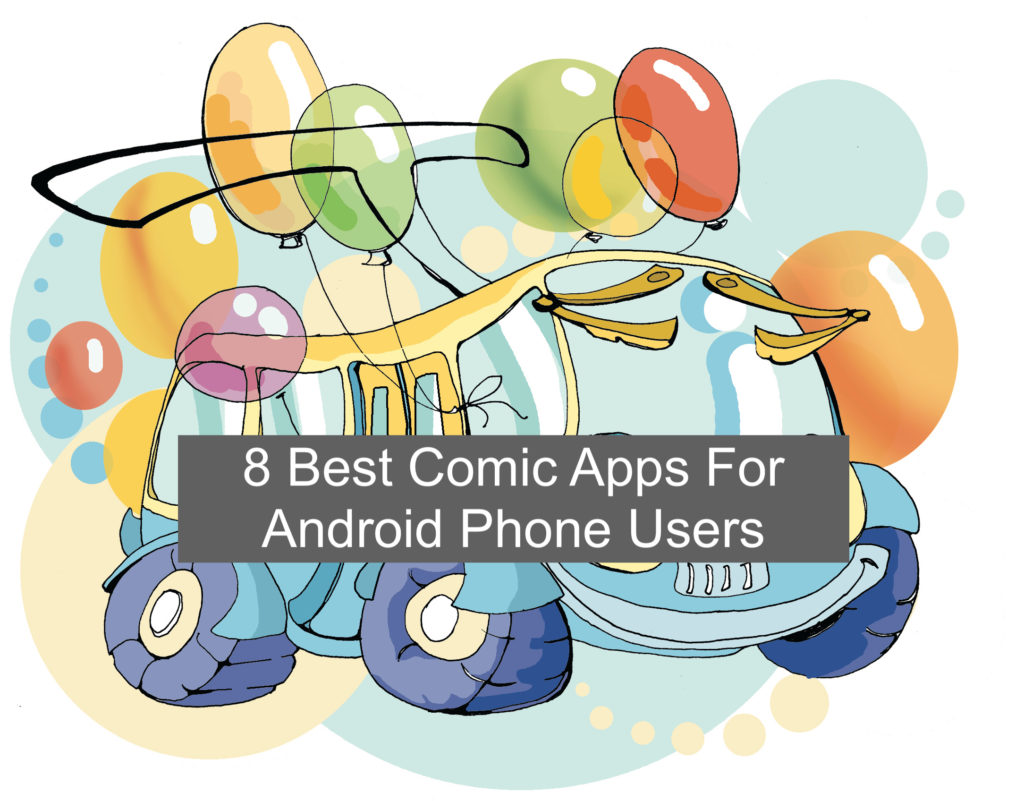 The history of comics is quite mysterious because it has followed different paths in different cultures. By the mid-20th century, comics flourished particularly in the united states, western Europe, and japan. The era of European begins with Rodolphe Topffer’s cartoon strips in the 1830s and become very popular with ‘Adventure of tintin’.

This is the era of technology and mobile phones. Phones are nowadays being called ‘smartphones’ because of its various innovative features. The majority of peoples have used the android operating system based smartphone and they seek comic apps in the phones.

Marvel unlimited is the topmost app for comic reader using your smartphones. Marvel is ruling over 70 years and it has more experience than other comic. This app is both freeware and paid when you use this app as freeware you can’t access premium comics. But you are able to read some selected comics. But when you use as paid customer you can access 17000 digital comics at just $9.99 per month.

There are lots of popular and favourite comic are available like  Spider-Man, The Avengers, Iron Man, Captain America, Thor, Black Widow, Hulk, X-Men, Guardians of the Galaxy, Inhumans, Black Panther, and more. If you don’t have the internet connection you even access the saved 12 premium comics at any time.

The perfect viewer, another very good app for comic-loving people. This app is with good graphics and customisable. This app has its comics store with thousands of best comics paid or free. It has a fast image, comic, ebook viewer. There are lots files that support other than comic.

When you don’t have the internet connection you can save comics on google drive, Gmail and other places with some modification.

Comixology is actually the app that runs a market of comics. It is owned by amazon this shows its popularity and worthiness. You can download, browse, read online or save offline via comics app by ComiXology. There are over 75,000 digital comics, graphic novels, and manga. You can also search by name then you can add them to the cart after creating the new account at ComiXology or merging your amazon account.

You can access a 30 days trail. If you wanna access unlimited comics at ComiXology you have to pay $5.99 a month. After buying an app you can read over 75,000 books through your own device. DC, IDW, Image, Marvel, Dynamite Entertainment, valiant and hundreds of more title at ComiXology.

If you run comic rack app on your android smartphone you are free for comic entertainment. It is freeware and having tons of comics. This app provides native support for CBZ or CBR files and this is the main creative of this app. You can also use the downloaded comic file to your PC and notebook.

This app contains the huge range of premium comics that can be accessed by paying some money. This app is effective and convenient for users. From the user’s point of view, it could be more effective when you regularly update this app.

Astonishing comic reader app is another platform for android phone user and comic-loving people. It is a basic comic reader app which has no integrated store but it has various types of comics that are more convenient for users. It is fully customisable app means its background, comic reading customisation and lot more handled by users itself. This app has also been designed for clicking snapshot of comics that can share by the users through various platforms. An another feature of this app is remarkable and differentiate this app to others is it provide the smart searching suggestion for comics.

It is easily available to play store and apple store where you can find its complement from users too. Into summarised way, if we talk then this app is a profitable business of comic-loving people.

Comic reader, as the name suggest it is a comic reading app where you can read comics online or offline both way. If you are a comic maniac and want to read comics all new launched then you’ve also an option in terms of comic reader. When you’re online you can read online but after being offline it makes a confirmation for “Saved for offline or not”. It has the feature like youtube, youtube provide videos but comic reader provide comics.

We all know we can download this through the play store and apple store but you can also download .EXE file for PC, notebook use through its own website.

Comic Chameleon is webcomic app means it accesses comics only online. Just download the app register your name, email id set your theme and done you are ready to use webcomics online. It is fully like youtube just like youtube comic chameleon also provide facility to search comic, customize own cart etc. You can access superhero comics, dinosaurs comic, cultural comic and lot more on this app. Comic chameleon is different from a comic reader because it has its own integrated store means you can also purchase the premium quality of comics and lot more expensive.

There is one more thing is to be understandable that it found the adult rating on the play store because it has the feature to access adult content related comics. This feature has rolled for this adult rating.

These are best Comic Apps for Android Operating system. If you like this article then please share it with your friend.

Gacha Cute is a website that publishes content related to Technology and Gaming. Gacha Cute is available for Windows, MAC, Android, and iOS operating systems.
© 2022 | Gacha Cute
We use cookies to ensure that we give you the best experience on our website. If you continue to use this site we will assume that you are happy with it.Ok